Of all the arguments against socialism, this is by far, the weakest. There are drugs that “work” too, but they kill the patient.

What’s more, what exactly does “work” mean?  Doesn’t that assume that the proponents actually want to help rather than subjugate the masses? They have continually expressed contempt for America with their words and actions, yet they say they have more compassion than anyone else and that’s why we need their “help.”

Just because they succeed in advancing their socialist/communist policies by telling the masses that it’s “for your own good,” or “the common good,” doesn’t make it true. Regardless, the level of arrogance and narcissism that is required to make such a claim ought to be immediately suspect.

Authoritarianism and the progressive use of coercion which eventually leads to brute force, is necessary to make Socialism, Communism, Marxism, etc. “work.” History is fraught with example after bloody example of the consequences.  It’s not only okay to call this evil, it is essential.

To deliberately rob others of their God-given rights to Life, Liberty and the pursuit of happiness is evil. In America, we consent to be governed to protect those rights for others, as well as for ourselves–especially those with whom we disagree.

To constrain one’s own power out of respect for the self-determination of others is among the truest examples of compassion, despite the Left’s protestations to the contrary. They have taught supposedly free-thinking adults that somehow, it is selfish.

Liberals used to know some of these things but they have abandoned every decent idea they ever had. The greatest among them, is personal Liberty itself.

To top it off, they have swallowed the ridiculous notion that one can preserve one’s Liberty by handing it over.

The relatively small number of Leftist strategists didn’t come up with the tactics to accomplish these shocking cultural changes in attitude all on their own. There is nothing new under the sun. The bullying and the propaganda, the fear-mongering and the indoctrination, the incitement and the cheer-leading for criminality and rioting by their supporters while falsely branding the peaceful protests of their opponents as “armed insurrection” has all been done before.

The evil of authoritarianism is flourishing quicker than ever in America because pop culture, public schools and universities have been incrementally conditioning Americans to accept tyranny as a sort of moral high ground. They have been made soft and ignorant about the preciousness of Liberty. So much so, that they will more easily tolerate the cognitive dissonance of feeling good about themselves for snitching on family members and bossing around perfect strangers.

It’s an oxymoron to try to “force” Liberty on a country or an individual, but it’s hardly necessary. Man strives for freedom like a drowning man struggles for air. Until we can clearly communicate that, we will never prevail in this war against America. It is evil to rob others of free will and thus, their individuality, period.

For the preservation of our own Liberty and the Liberty of people around the world, we must say it loudly and proudly:  Liberty is a moral imperative. 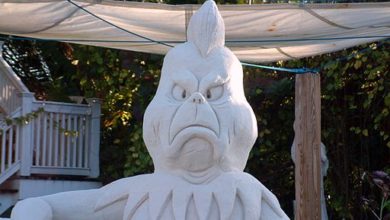