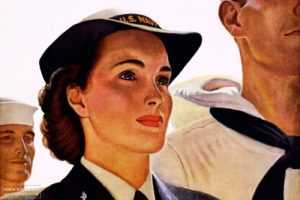 Should we counter the #MeToo movement?
If so, how?

A poll by The Colorado Women’s Alliance revealed that just 1% of female swing voters consider sexual harassment to be an important issue for the mid-terms. Should we bother to put together a counter “movement” if so few women care?

Republicans too often accept the language of the left and allow them to frame every issue. This is just one opportunity to be proactive.

If the poll is accurate, then 99% of respondents haven’t been moved by the #MeToo movement, despite the Left’s zeal. So why are they still trying?

Please see my piece in The American Thinker (6/5/2018) for answers to these and other related questions. My answer to the question posed by the title, is an unequivocal Yes! We should absolutely counter the #MeToo movement, and we should create a hashtag of our own to do it! Here’s what we’ve decided to call it:

To reach as many conservative women as possible using public speaking, social media, video, etc., and then urge and encourage them to reach the rest!

Our President has given us a master class in courage and a roadmap for how to fight back.  We will apply each of our unique styles to bring clarity and discernment to this sorely needed discussion. We believe that men and women alike stand to benefit by our effort.

WHAT IS STRATEGIC VOTING?

Democrats have been meddling in Republican primaries for years. They even donated a half million dollars to Dan Maes which helped him win the Republican primary. They have always known how valuable it is to be able to choose one’s opponent. It’s time for Republicans to start dealing from the deck the Democrats keep stacking.

In 2016, voters approved the terrible, Proposition 108, which allows unaffiliated electors to vote in a major party’s primary without being a member.

Just like same-day voter registration and all mail-in ballots, Prop 108 is another in a long line of initiatives Democrats have concocted to keep helping them win. They certainly don’t spend millions to change our election laws so we can win!

Republicans need to give Democrats a taste of their own medicine.

Here’s the strategy and it’s easier than pinning a tail on a donkey: Until May 29th, you can become unaffiliated online, with the click of a button. You can change it back after the primary just as easily. By doing this, you will receive BOTH Democrat and Republican primary ballots. Watch the campaigns as you always do, and see how they battle for your vote on primary day, June 26!

You can still choose to vote in the Republican primary, or cast your vote for the weakest slate of Democrats. This could help all Republicans in the general election—a lot! The ballot you send in is the one that will be counted. It’s that simple.

Of course, not everyone will like this idea or choose to participate. That’s fine too.   We never march in lock step. We’re Republicans!

Not surprisingly, I have opinions about who are the weakest Democrat candidates— particularly in the gubernatorial race. There will be plenty of time to talk about it.

For now, let’s take advantage of every opportunity we have to win in this critical election and let’s encourage our friends to do the same.