2020 continues to be a year of paradoxes and contradictions.
Some supporters believe there will be a Trump landslide on November 3. Others aren’t sleeping at night worried about the polls that have Trump trailing Joe Biden by double digits.

There’s hardly evidence of a lack of enthusiasm on the Trump side so what’s a concerned Patriot to do? Are the polls right or are the same people putting out the polls who have run with every other false narrative about Trump since he was inaugurated.

Some, like Maxine Waters wanted to impeach Donald Trump before there were even false narratives to point to as the reason.

Nevertheless, there is hardly a shortage of points of view about the polls. Here’s another one. I’m truly interested to know, what’s yours?

Obama’s presence shows the 10 point lead is probably negative 10 and biden is losing. Why do you need Obama when you are so far ahead?

What? Loads of Democrats that are full of hate?

Thanks to Lesley Hollywood… 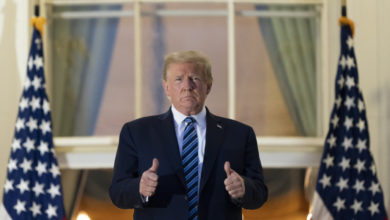