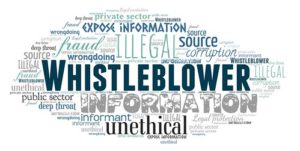 Based on a complaint by a person known only as the “Whistleblower,” the House of Representatives has urgently begun a formal investigation into the impeachment of the 45th President of the United States.

Regardless of a Congressional law change shortly before the complaint or not, I fail to see how anyone could be a whistle blower if that person has no facts, no evidence and hasn’t personally witnessed any wrong-doing.  Should we call that hearsay or heresy?

Is that why the silent whistleblower has thus far been allowed to remain anonymous?

It’s just more political theater and empty rhetoric to suggest that Donald Trump is “not above the law.”  There is evidence that his opponents believe he should below the law, as they don’t believe he deserves the same rights as all other American citizens. They have called for him to be to robbed of the right to due process, the right to face his accusers and according to Kamala Harris, free speech.

The latest revelation in the on-going saga to get Donald Trump is that Adam Schiff conferred with this “whistleblower” before the complaint at issue was filed. This is something Schiff lied about on national television. He said he had never spoken directly with the whistleblower.” That’s  just one lie in a string of lies that never seems to matter if you’re a Democrat or if you’re out to destroy Donald Trump.

Perhaps most vexing is that these lies and coordinated attacks are often treated as if they happened in a vacuum, without motive or pattern, and certainly not with acknowledgement that the accusations have continued to be proven false.

What’s their motive to get rid of this President at any cost? See my 5 Reasons Why the Swamp is Desperate to Overthrow the Most Successful President in Decades.

Are they simply delaying the inevitable? They have no case. What are they trying to get us to look away from?  My guess is that it’s the investigation into the narrative in which they placed so many of their hopes–“the Trump-Russia Investigation.”  It fizzled like Geraldo Rivera and Al Capone’s Vault, and now there is an investigation into why it was begun in the first place with, you guessed it–no legitimate evidence or probable cause.

These vipers never skipped a beat. No one expected them to apologize for lying or for being wrong, and they didn’t. They simply moved on to the next hit job.

How many times can President Trump’s opponents be allowed to frame him for crimes they committed before someone, anyone examines their motives and unequivocally holds them accountable?  The legacy media never will.  It’s up to the people that brought Trump to the dance. It is up to us. 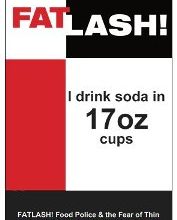