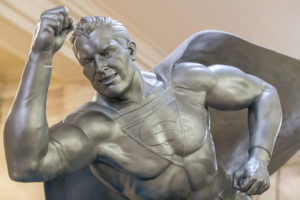 “It’s fair to say that much of Obama’s support was only skin-deep.”

Leftists and never-Trumpers continue to beat the drum that Trump supporters are sycophants who blindly follow Trump regardless of what he does.

Is that true? Certainly, he draws stunning crowds wherever he goes and his support seems only to be growing.

What’s the difference between sycophantism and true, solid support?  Those who make the charge aren’t likely to care since they use it to demean and dismiss those who dare to declare their support for Donald J. Trump. The bullying for doing so is legendary already.

By definition sycophantism is based in superficiality.  “Groupie, Lackie and Bootlicker” are other synonyms that come to mind.

It’s safe to say that Barack Obama had plenty of sycophants when he began his run for the Presidency. Remember when women fainted at his rallies?  Whether they were sycophants or this was planted political theater, the media didn’t make much of it when it abruptly disappeared.

Obama’s support dwindled the longer he remained in office.  People were initially confused and then alarmed at some of his policies, but they were called “racist” for speaking out against them. Many learned to keep their mouths shut. It’s fair to say that much of Obama’s support was only skin deep.

In Trump’s case, people were suspicious from the moment he declared his candidacy.  They asked how a bloviating billionaire could be a good President or even be elected. But over time, they watched Trump fight the biggest political machines in America and win. He made promises that politicians have been making for decades and then he kept them. He continues to show extraordinary resilience and the ability to prevail against open attempts to destroy him personally and topple his Presidency.

In the face of all that, his support has grown rather than diminished. That’s support that hasn’t been superficially bestowed, but earned.

When Leftists and Trump-hating establishment Republicans still couldn’t separate Trump from his loyal support, they went further and attacked his supporters directly.  Those supporters in turn, dug in their heels even further–especially when they saw those attacks as blatantly dishonest and unfair.  There but for the grace of God go they.

Finally, there is great irony in Trump-haters calling those who support him, “sycophants.”  The best antonym I’ve found for the term “sycophant”  is “rebel.”

Trump has accomplished an amazing feat. He has brought together a gallery of rebels. They see a blatant attempt to take over our country by attacking it from within and everything for which it has ever stood.

Trump stands as the real “resistance”and rebellion against that attack.  That so many have found America’s prosperity and exceptionalism a threat to their own power means the rebels have it exactly correct.

Call them sycophants, deplorables, racists and more. That only strengthens their resolve. The floaty, fleeting peer pressure and popularity contests on the Left will never be able to compete with that. 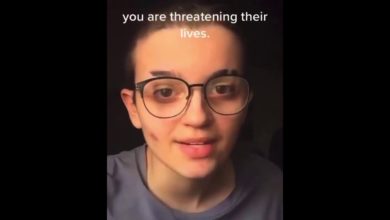