Desperate to stem the tide of growing black support for Donald Trump and black men in particular, the Los Angeles Times published an opinion piece entitled Opinion: A ‘man’s man’: Why some Black men are drawn to Trump’s toxic masculinity

So now black men toxically masculine if they like Trump?  Doesn’t that sound suspiciously like, “If you don’t vote for Biden, you ain’t black” in reverse?

Who are the racists here?

By the way, in the view of the perpetually aggrieved Left, what kind of masculinity is not toxic?  Well, emasculated masculinity, of course.

Does that mean that if a black man wants a job, wants to be self sufficient, wants to take care his family, wants the government to get off his back, he’s toxic?  Yep, that’s exactly what it means.

Of course, if you want to be a socialist, a communist or an anarchist, claim you’re a victim and that’s why you must “burn down the system,”  and be used and exploited by white upper middle class Marxist kids, and riot and loot in the streets, you’re not toxic?

The Left has abandoned every “principle” about which they used to constantly lecture us:  Don’t engage in racial stereotping (Including painting black men as ‘threatening.’);  Do your own thing, express yourself and stop caring what other people think;  Don’t conform;  Question authority.

Now, they have done a complete 180 on all of that and more, yet we are expected to roll with their punches and fall in line.  Especially now, when they have been revealed as the authoritarians they always were.

So when will people say “You’re not the boss of me.”  I’ll do my own thing. I’ll express myself and not care what other people think. I refuse to conform and I’ll question authority?

Black men could be leading the way for everyone else.

As for everyone else? If they don’t do that, they’re on their way to becoming the new workers on the government plantation. 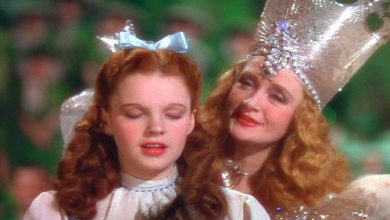 Have you seen these signs around town?