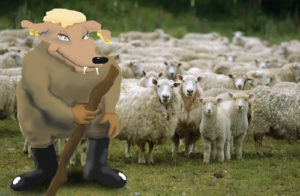 A new pattern seems to be emerging in the Democratic repertoire of endless failed attempts to destroy Donald Trump and his mass of everyday American supporters. They want their candidates to move to the imaginary “middle” by claiming they are against socialism.Democratic strategist James Carville made news recently when he said, “We’re losing our damn minds!” He groused about a few ridiculous Democratic ideas and those on which presidential candidates have been running. Specifically, he cited free college, voting from jail, and the eradication of borders completely.

He didn’t mention free health care for illegal aliens, reparations for African- Americans, teaching “gender fluidity” to 5-year-olds, celebrating 11-year-old drag queens, calling all white people and America itself racist, the Green New Deal, and the “New Way Forward Act.” Brace yourself before you learn more about that last one and don’t do it while driving.

In a post-debate analysis, Chris Matthews said, “I’ve seen what socialism is like; I don’t like it.” Maybe Matthews and his crew have been so busy trying to smear and remove Donald Trump from office, they haven’t noticed that their party has been on a socialist track for decades now. In recent years it has become a runaway train.

Pardon me if I don’t trust Democrats who now say they don’t like socialism. Until now, Carville and Matthews haven’t cared if their candidates were socialists because most of them are. They just don’t want them to say so.

As long as Democrats pretend to believe in the basic principles on which our country was founded, such as free markets, individual freedom, personal responsibility and private property, Carville and company are happy to ignore the reality that they are on the train that is speeding in the opposite direction.

Where were they during the eight years of the previous administration and the three years of the Trump administration? Rather than applauding Trump’s phenomenal success with rolling back his predecessor’s blatant socialist policies, they were hellbent on removing him.

Did they just forget to tell us that they’re not socialists? What is most surprising is that they expect to be believed now.

Much of this professed love for freedom and the flag is probably just a last-ditch effort to clamp down on the momentum of avowed socialist Bernie Sanders. Cheating, as they did the last time, may not work this time.

Some have openly identified themselves as socialists but many more have yet to admit it. Read Trevor Loudon’s extraordinary research on this subject before rejecting this out of hand.

Carville also says in no uncertain terms that for him, it’s all about power. If Bernie becomes the nominee, he’ll still vote for Sanders the socialist over Trump, the anti-socialist. This makes it patently clear that he doesn’t really care what Democratic candidates believe, so long as they say what Americans want to hear.

How reminiscent of Joy Behar, when she lamented that Beto O’Rourke should not have said that he wanted to take your guns. She advised that he should have waited until he got elected, and then just take them.

It is no longer surprising that Carville wants to stop the extraordinary successes of Donald Trump in order to wrest power back for a party which he just described as “losing our damn minds.”

As awful as it has been to see what leftists really believe and who they really are, it is more dangerous to us all when they lie about it. Democratic strategists know that, and that’s why they are now trying to get their motley crew of candidates to stop sounding like the socialists and communists they are.

Methinks they protest too much. Or, as Barzini said in The Godfather, a film that provides wisdom for almost any occasion, “After all, we are not communists.” 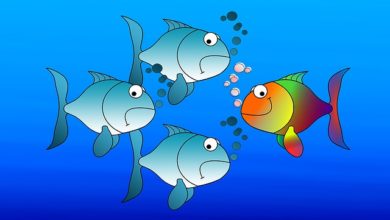 The Same Shade of Grey: Why Socialists are Threatened by Individuality 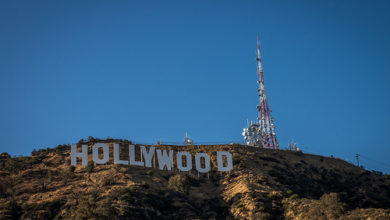