We have a President who’s provoking war publicly, others who are calling for the assassination of a world leader, and putting down those who would like to stop a full-scale war, but somehow they’re the good guys in the scenario.

We have people still being forced to take shots that are deadly to some and don’t work anyway, but that’s “old news” and no one’s talking about that anymore.

We have self-appointed, know-it-alls, who are openly and deliberately trashing our economy, our culture, our borders and our most deeply held principles and beliefs. They can be relied upon to viciously trash you if you oppose their attacks and destruction.

We have the corruption and open grooming of children in government schools being taught gender confusion and pornography. They scream that any opposition to this is an attack on free speech, while they ban Mr. Potato Head and Dr. Seuss because they’re racist.

Whatever shall we talk about? 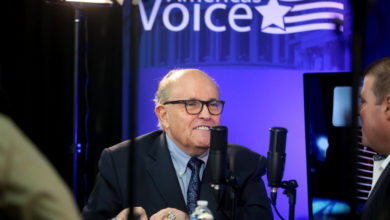 Rudy makes different case re: Jan. 6. Decide for yourself.