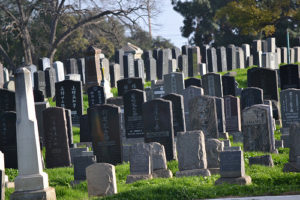 Maybe it’s appropriate that the previous two Presidents, the recently failed Presidential candidate, and a host of other Democrats used funerals to bash the sitting President who beat them. They are all currently out of power and their agenda is on death row.

Is it the death of their ideology too?  We can only hope. What struck me more acutely than anything else was that the strongest presence in the room was the one who had not been invited. He was everywhere. They couldn’t ignore him. That still wasn’t enough. They bashed him for playing golf on the day of a funeral to which he wasn’t invited.

A veritable parade of powerless Democrats and their establishment Republican allies lectured and lamented about petty politics and then proceeded to engage in it.  At the other high profile funeral of Aretha Franklin, there was more Trump-bashing, making fiery speeches of division under a sign that read, “Unity.”

As Trump rides high on numerous economic and foreign policy successes we should ask ourselves:  What exactly are they standing against? What else can we conclude but that they are opposed to prosperity for the American people?  More jobs means less dependence on government. More freedom for us means more constraints on them.

They can’t afford to mention what he is actually doing because they never accomplished it. They are reduced to perpetually re-litigating what Trump said during the 2016 campaign.  It also reverses a globalist agenda that was never designed to serve the people. It was designed to serve only them.  This should tell you everything you need to know about who they really are.

I don’t think the American People are buying it. Not anymore.