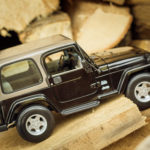 If you can get a friend or political foe to ask that very first question, you have a chance to change their mind. The asking of questions is the beginning of independent thought.  They shouldn’t believe you either.

For example, with a fatality rate of less than 1%, why would Leftist, Democrat politicians be treating this virus like the bubonic plague?

Why are they using it as an excuse to take away people’s private property and small businesses? –to tank the economy? -to destroy the free market (you’re getting warmer.)  Why are small businesses their biggest target?

“Cuz big businesses “does business” with the government. What do you call government control of the means of production? 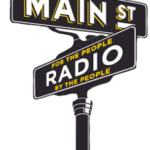 For episode descriptions, etc., please go to (and bookmark) www.hagmannreportlive.com Help us fight censorship by accessing our show on our own site. ...

It's doubtful that in light of this information about George Floyd, that he would want such violence being done in his name---especially since all they know about him is the color of his skin. They should make an effort to know a lot more about him than that. ... See MoreSee Less

Watch--George Floyd Warns Youth Against Gang Culture: ‘One Day It's Gonna Be You and God’

A video posted by a friend shows George Floyd warning young black men to stop living a violent lifestyle and come back to God.
View on Facebook
·Share

Hot off the blog: "The Same Shade of Grey: Why Socialists are Threatened by Individuality" Please share if you have a mind to. Thanks! ... See MoreSee Less

The Same Shade of Grey: Why Socialists are Threatened by Individuality | Karen Kataline

The Same Shade of Grey: Why Socialists are Threatened by Individuality By Karen Kataline Things seemed almost normal on our brief trip to South Dakota recently. My husband and I were practically giddy to escape the gloom and doom of points further south from which we came. We never felt guilty for d...
View on Facebook
·Share

Here's the podcast for today's episode of Spouting Off! GUESTS: Ron Edwards and Dr. Brian Joondeph. Thanks to K-Star Radio Network www.kstarradionetwork.com/ that will repeat our show tomorrow at 9:00 and Sunday at Noon. karenkataline.com/spouting-off-may-29-2020/ ... See MoreSee Less

Funny how www.coloradopols.com never calls protestors and rioters "morons" for burning down buildings and looting. But they did say that about peaceful protesters, who stood up against unconstitutional govmnt shut downs of businesses, movement and the free exercise of religion.

You could hurt someone if you don't stay six feet apart and wear a mask! Rioting and looting? That's perfectly okay. "Safety" doesn't matter at all.

Almost at the moment businesses open, they are under attack again. They are the heartbeat of a free market. Think that's a coincidence? Never take the served-up narrative at face value. ... See MoreSee Less

Spouting Off is heard…

Spouting Off  is heard on:

[email-posts-subscribers namefield="YES" desc="" group="Public"]
We use cookies to ensure that we give you the best experience on our website. If you continue to use this site we will assume that you are happy with it.OkNo