Good news, America! Something has been happening that we thought we’d never see. The Left has been forced out of the ideological closet by the guy they still insist is too incompetent to be president.

At this point it’s hard to still believe it’s accidental that Donald Trump’s effect on his opponents is like a massive quantity of scotch. They lose their inhibitions along with their lunch and end up telling us the truth about what they really believe and who they always were. They are Socialists.

The Left is already in the middle stages of imposing this evil and seductive ideology on the rest of us. Consequently, they have abandoned many of the ideas they formerly pretended to cherish.

Case in point, they don’t lecture us much anymore about “tolerance” and “compassion.” They are more willing than ever to let us see their intolerance for white people, straight men, conservatives, Christians, rural dwellers, law-abiding citizens and of course, Trump voters.

With a single word usually ending in “ist,” or “obe,” Leftists stereotype people in these groups as “haters” That’s the ticket they believe gives them a free pass to foment unrestrained venom and even violence. Remember when fighting against stereotypes was another of their cherished ideas?

Like a cult that most people would easily dismiss if they were told the whole truth up front, Socialism must be sold deceptively and incrementally in a velvet glove. It’s a pretty picture of Utopia where there is never any want; there is equality and fairness for all, and no one has more than anyone else. In reality, there must be one or more dictators who divvy up the goods and use any means possible to keep the power apparatus in place. No one expects them to be subject to the restrictions and demands they place on everyone else.

What if a person disagrees with the subjective and ever-changing Utopian notions of those in charge? There is an iron fist in that velvet glove, which is always prepared to do a little “re-education.” Sooner or later, brutal force is required to create the phony “Utopia,” which eventually turns into a nightmare.

If socialism is so great, why is it always necessary to first coerce and then force acceptance of it? Because the greatest enemy of socialism is the concept of individual free will.

Young people are particularly vulnerable to the sweet song of socialism because we’ve been asleep in the realm of education for decades. Kids from Kindergarten to college have either been deprived of civics education or have been taught a version of American history that is dripping with self-hatred and blame. Too many Americans of all ages haven’t been taught nor do they understand the brilliance of our Founding. America is exceptional because it was created precisely to prevent the tyranny that socialism inevitably brings.

Our Founders respected the freedom and self-determination of their fellow citizens and the freedom of future generations so much that they restrained their own power and the power of the state in order to protect it. That is truly exceptional and it’s an example of real compassion.

The surprising candor of the socialist Left is a great gift in these precarious times. Every one of us can use it to reverse the effects of socialist propaganda in a shorter time than it took for the socialists to get us here. That’s more good news, because I fear we don’t have that kind of time.

Freedom doesn’t have to be presented deceptively. It need only be presented with the passion of those who treasure it and are willing to fight to preserve it. The bravest of Americans have given their lives to do so.

The question to challenge socialism should never be “But how will we pay for it?” We must state unequivocally, “You couldn’t pay me enough to take it.”

For those who prefer the theological vernacular, “God gave us free will. We must never expect less from our government.” 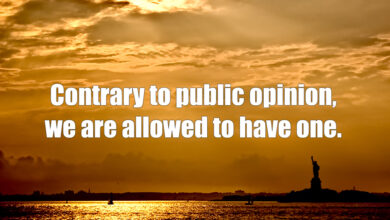 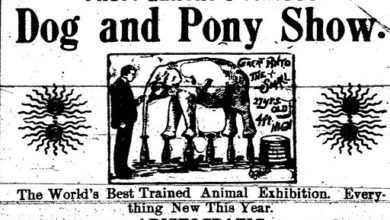 Another dog, Another pony 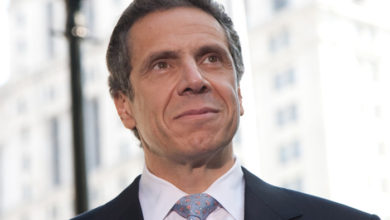