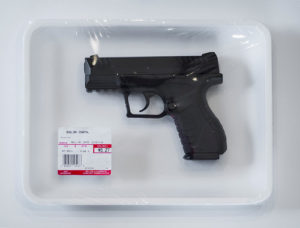 The “Red Flag” bill is among a bevy of egregious bills being hoisted on the citizens of Colorado and being pushed nationally as well.  Proponents of this one claim that it is a necessary measure to take guns out of the hands of the mentally ill.

With lavish funding from Michael Bloomberg, this is really a deceitful scheme to circumvent our constitutionally protected rights and desensitize citizens to the confiscation of guns without due process.  Were anti-gun advocates required to stay within the bounds of criminal justice, the accused would at least have  rights.

Until now, Americans have enjoyed relative confidence that they are secure in their person and property from undue search and seizure. These bills obliterate that confidence and make it clear that today’s totalitarian Left sees no boundaries over which they don’t plan to cross.

Now, we are adding a new layer of imperfection by allowing the state to decide on your mental “wellness” to have the right to defend yourself.  How ironic that they will take that right away from you to leave you helpless when they are inevitably wrong about who might pose a violent threat to you in the future.

I recently called one of my favorite talk radio shows,  Chuck and Julie  on whose program I am sometimes a guest.  When I hung up, I laughed as I recalled how I prefaced my comment with, “You know what makes me crazy?”  Will others begin to watch their language and refrain from using such phrases?  Tally that as another one of our rights under attack: The First Amendment.

At the same time as all of that, this bill makes it much less likely that the truly mentally ill will seek help.  That’s yet another example of how Leftists create and exacerbate the very problem they claim to want to remedy.

Before you even know that a charge has been made, your guns could be confiscated based on the subjective opinion of one who might have a vendetta against you. Could that happen in our current culture?  The accuser will be given the benefit of the doubt because of the “danger of the situation” while you will have the burden to prove you are “sane.”  How does one exactly prove that, and to whom will that person be forced to make that case?

If you are angry about having your house invaded, your rights violated, or your property confiscated,  it could make you seem a little crazy.  If you look too calm, someone might think that’s crazy too. Many on the left already believe it’s crazy to want to own a gun for self-defense.  Are there Leftist judges who believe that?  Apparently, more than we think.

Leftists tell us that because they have superior compassion and concern for others, they must violate our Constitution for which they’ve never had any respect anyway.  They simply care about innocent lives more than the rest of us.

At the same time, this bunch will call you a racist or a xenophobe for being concerned about the countless murders of innocent Americans by criminal illegal aliens, and they proudly cheer abortion a moment before birth as well as infanticide. It all sounds very crazy if you ask me. 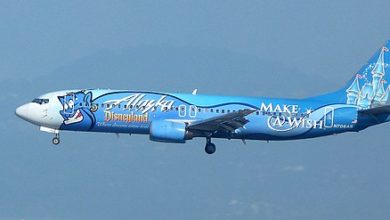 Dying children must be vaxed before they can ‘Make a Wish?’

It has come to this. We are living in a time when we must convince people th

Think this will stop with forcing you to wear a mask?…

Bill O’Reilly Smashes On Liberal Media, Says They Are Out To ‘Destroy’ Conservative Voices
Ken Blackwell