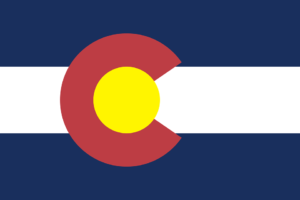 It was a tough night Tuesday at the Republican election night party in Lone Tree as one Colorado loss was revealed after another. I sat with a variety of groups and listened as people debriefed and reflected on what they thought had gone wrong.

There was a surprising amount of anger directed toward registered Republicans for the nearly ten-thousand vote gap in turnout versus the Democrats. “They’re such purists!” one said, “They’re so short-sighted,” said another. “If they don’t get exactly the candidate they want, they’re happy to see Jared Polis become Governor. Stupid.”

Republicans are supposed to be the party of free-will and free-markets, earned income and earned respect. Don’t they usually rail against the sense of entitlement that zaps people away from accountability and personal responsibility?

Yet party insiders and consultants seem to feel entitled to Republican votes no matter what they do or how poorly they do it. They continue to turn a deaf ear to the feedback their base keeps giving them.

Talking heads and strategists get to express their opinions every day and more than twice on Sundays. Aside from venting on talk radio, voters only get a say on election day.

As they have in the past, the base sent them a loud and clear message Tuesday night. They were lukewarm about Republican candidates and many weren’t interested enough to show up at all.

Instead of listening, pundits and prognosticators were mad at their base for not being persuaded. That’s a little like a salesman getting mad at you because he hasn’t persuaded you to buy his product. Heck, in some cases, I’m not sure our product was ever presented to buyers (voters) at all.

There were other “red flags.” Some candidates lost by slim margins because they wobbled on basic freedoms like the Second Amendment. Many in the conservative base warned that they wouldn’t support back-peddling on such fundamentals. It’s no coincidence that those candidates could probably have won with the support of their base.

Republicans have said again and again that they don’t want candidates who “move to the middle” after the primary, particularly on such basic constitutional issues.  The “middle” is often misperceived anyway. More voters from across the spectrum aren’t as ideological as we think. Furthermore, the middle is already so far to the left compared to just a few decades ago, that Democrats win before the election begins.

Rather than learning from these failures as a typical Republican might, the same consultants distance themselves from their base, manifesting exactly the sort of elitism that Republicans keep complaining about. It’s a vicious cycle and it happens every election cycle as well.

Donald Trump has changed the game and these consultants don’t know how to play it.  In fact, that’s one of the reasons they so relentlessly resent him. They have an agenda they still intend to impose on voters and it doesn’t seem to matter how many times they lose.  They’re not budging. They’ll get paid as long as they keep running campaigns, but not necessarily winning them. That keeps them selling to the candidate but not necessarily to the voter.  They get a lot of money and a medal for participation either way.

Meanwhile, Democrats resemble Patton’s third army when it comes election time, or linebackers on the gridiron. They play the game like billionaire capitalists. Oh, wait, their candidate for governor was one! —and they are hellbent on winning so they can push their socialist agenda. What a confusing time in which to live.

There will be plenty of discussions in the weeks to come but I hope they will include reminders that we are the purveyors of free markets, not entitlements. We are the proponents of merit, not participation medals. We must start running our campaigns with the same Constitutional values that the Republican base has been clamoring for their candidates to articulate. Authentic, clear and without apology. 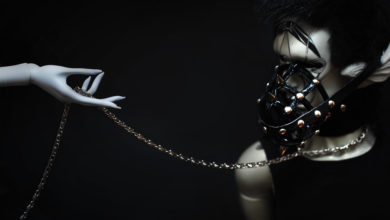 Masking the Truth: It’s not about the Virus, It’s about Obedience 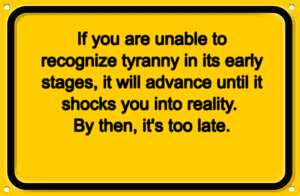 A meme about tyranny