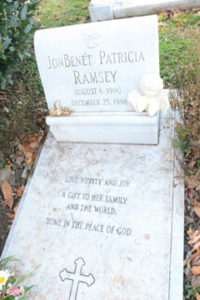 “It’s very bizarre,” he says outright. “And, it certainly– Patsy and JonBenet didn’t approach it that way.  We– they just did it for fun.”

That’s a full quote of John Ramsey in a recent interview in which he says (finally?) that he regrets that his daughter JonBenet was put in child beauty pageants and comments on the program, Toddlers and Tiaras.

Asked about the current “Tiger Moms” who parade their daughters in programs like Todders and Tiaras, he says,  “Patsy and JonBenet didn’t “approach it that way.  We-they just did it for fun.”

In John Ramsey’s revealing comments, he appears to still think Patsy and JonBenet chose it.  The fact that he still thinks this was JonBenet’s choice is indicative of an absent and oblivious father.  A six-year-old child doesn’t choose to be paraded and sexualized in beauty pageants.  Their parents, most often their mothers, choose it. Ramsey initially eludes to his part in the matter and then says it was Patsy and JonBenet who did it “for fun.”

These aren’t “Tiger Moms,” they are “Princess by Proxy” moms.
Not that there isn’t an overlap, but the former primarily pushes the child toward excellence in a “type A” sort of fashion.  The latter lives through the child and is oblivious to the child’s separate identity -thus, sexualizing them in highly inappropriate ways.  The Huffingont Post just reported on a pageant mother who has been tanning her toddler since she was a baby.

Dads are all too often oblivious to this sort mother-daughter dynamic  and parental pathology. Ramsey’s response is  illustrative of this. I had a 60’s Dad much like him who thought his only job was to put food on the table.  He would have said something quite similar.

Former beauty queens don’t live through their children, put them in pageants, dye their hair, put them on diets, etc. etc.  “for fun.”  There is just a bit more to it than that.  That John Ramsey either believes this or would like us to believe he does is as he puts it, “disturbing.” 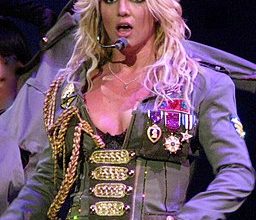