Along with their endless demagoguery about racism in America, Liberals and the Left have had an obsession with slavery.

Those in the grievance business have even “progressed” to blaming all white people for slavery in America, which ended over 165 years ago.

These discussions usually lead to debates about whether the civil war was fought over slavery or states rights, whether people whose ancestors came to America in the 1900’s ought to be blamed for what the country did before they got here.

For that matter, should anyone alive today be culpable for sins they personally did not commit?  The use of their family origin and ancestry to demonize and persecute them is the very essence of racism isn’t it?

If it made a bit of sense to punish the offspring for the crimes of their grandparents and great-great grandparents, why aren’t our prisons full of them?

The cult-like Left has worked hard to keep black people on the psychological plantation of perceived victimhood to continue whipping up hatred and chaos for everyone in our country. Their strategy is always the same: Create or escalate a problem to justify the solution that was their real agenda all along.

Their solution is always to force more and bigger government on everyone to amass greater political power for themselves and less power and prosperity for everyone else.

They add even greater insult to our injuries by claiming this is all because they care so much about us–more than anyone else. They have crowned themselves benevolent dictators.  Of course, everything they demand that we do is for our own good.

Right now, today, the Democrat Party which is controlled by the radical Left is engaged in making everyone think it is not only socially acceptable to use force to control the masses, but it is morally wrong to protest!

Using fraud and endless fear-mongering about “public health” they are working harder than ever to put individual liberty out of favor.    After decades of lecturing us all about slavery, they seek to do exactly that—enslave people!

How foolish and naive for those who happen to agree with them about one thing today, to believe they will be saved from their own enslavement about something else tomorrow.

From free speech to women’s sports, from being “anti-corporation” to even littering, today’s Left has made a complete about-face on just about everything they once claimed to believe so vociferously.

Now, they have unmasked themselves as being pro-slavery.

We could keep arguing about what sort of punishment Caryn Johnson (Whoopi Goldberg) deserves, but isn’t this a more worthy battleground? 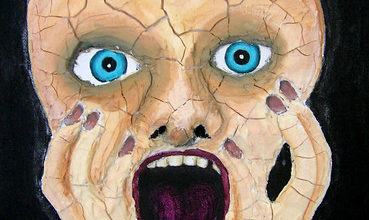 The First Democrat Debate, Parts I & II: “I don’t think you’re a racist, but…”