It’s time once again for those year-end lists when people rate everything from sports to literature. When it comes to politics and the bizarre notions from today’s Left, there is an embarrassment of riches from which to choose. Some of these ideas have hung around from the previous year and earlier because they haven’t been mocked and derided successfully by weak and wobbly Republicans.

Since Democrats had no federal legislative power in 2018, it was a banner year for advancing liberal language and cultural concepts. Make no mistake, whenever Democrats work to change our language today, it’s only the first step in their mission to change our policies tomorrow. Now that they are set to take control of the US House of Representatives, look for them to roll out those policies one after another.

Case in point: Jack Phillips of the Masterpiece Cake Shop is being persecuted because in 992, voters thought it was kind to include “LGBT” in the list of groups protected by civil rights legislation. Even after unelected bureaucrats on the “Colorado Civil Rights Division” (CCRD) lost their case in the Supreme Court, they still believe they should have the authority to force Phillips to create a custom cake to celebrate a gender transition or be driven out of business.

Liberals regularly employ humor, mockery and derision with spectacular success while Republicans generally have an aversion to such tactics. In 2019, I hope more Republicans will plant and nurture their sense of humor and start putting the Left’s anti-reality ideas back where they belong—into the dustbin of spoof and sarcasm.

So without further ado, here are my favorite liberal nonsensical notions of 2018. Let the mockery begin!

The Left has mounted a massive attack on basic gender reality. After mocking Republicans for being “anti-Science” on “climate change” they are celebrating their denial of X and Y chromosomes. On Colorado birth certificates, there are now four gender options to choose from: male, female, X and intersex. In Britain, children as young as 8 years old are being taught that boys can have periods too. “Transitions” from male to female are more celebrated than the reverse. What’s this all about? Let’s chalk it up to garden-variety misandry (hatred of men) and we’ll save more analysis for the New Year.

9. “Criticism of the media is an attack on the 1st Amendment.”

Jim Acosta actually declared that it was a threat to our st Amendment when President Trump exercised his 1st Amendment right to criticize them.

Because masculinity is and will always be a threat to socialism. (See “Gender Fluidity”)

The first time you heard this, did you dismiss it as merely another load of liberal nonsense? It is, but it’s strategic and purposeful. This little ditty creates the perfect excuse to justify collective hatred toward people because of the color of their skin, by those who have been preaching tolerance and not to judge people because of the color of their skin. It’s brilliant really. How should we counter this? We could start by quoting Martin Luther King, since they don’t agree with him anymore: “I have a dream that my four little children will one day live in a

nation where they will not be judged by the color of their skin, but by the content of their character.”

This is the idea that fascists can be given a pass for using fascist tactics by branding the objects of their hatred as “fascists.” This is another derivative of projection at which the Left excels so predictably.

This one combines the feminist abhorrence for objectifying women with the strategy of doing it to yourself before they can do it to you. One might think that exposing our obvious biological differences would make the case for scientific proof of gender differences but I’m sure that’s not what they have in mind.

This is a beaut and it’s coming to a city near you. Remember all the money spent on the “war on drugs?” Like most utopian-titled government monstrosities, it didn’t work. So Liberals are now advocating government-sanctioned “sites” where “people who inject IV drugs” can defy federal law and shoot up “safely.” You must not call them junkies as that might stigmatize them. Liberals save all their stigma for Republicans. For more on this, see: Making Suicidal Behavior “Safe”

From “I am woman, hear me roar,” to “I am woman, hear me whine.” Suddenly, Feminists have become the new puritans. In the service of their newest political agenda, they are shoving women back into gilded cages. Their main audience has no conception of history, so they are never mocked for this hypocritical about-face. That, and they don’t mind being hypocritical anyway.

Another brilliant political tactic designed to claim moral superiority for what is actually intellectual laziness and the use of gross generalizations. (Didn’t liberals used to rail against that? Oh, never mind.) This encourages black civil rights activists to be as passionate about the environment and gay marriage as they are about race, and feminists to advocate in favor of men using women’s bathrooms.

This of course, is the smear for all occasions. It can and will be used against you if you disagree with any of the preposterous ideas above. You don’t accept gay marriage? You’re a homophobe. You don’t agree with open borders? You’re a xenophobe. You dare to disagree with a black liberal even though they shred and destroy every black conservative? You of course, are a Racist! Racist! Racist!

How do you fight these ridiculous and ubiquitous ideas? First things first: Laugh!

Karen Kataline ([email protected]) is an author and commentator, Columbia University- trained social worker, and frequent guest host on AM talk radio. Her Op Eds can be seen in Investor’s Business Daily, Western Journal, Town Hall, The Daily Caller and The American Thinker.  She is the producer and host of Spouting Off, a live internet call-in talk show, heard Tuesdays at 4 P.M. E.T. at www.KarenKataline.com. (https://karenkataline.com) 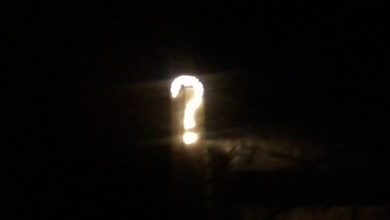 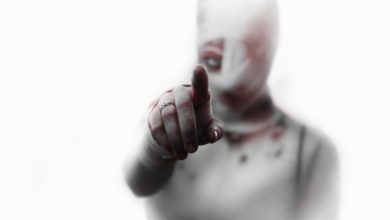 Surprise! Biden voters blame Trump & Republicans for misery they cause