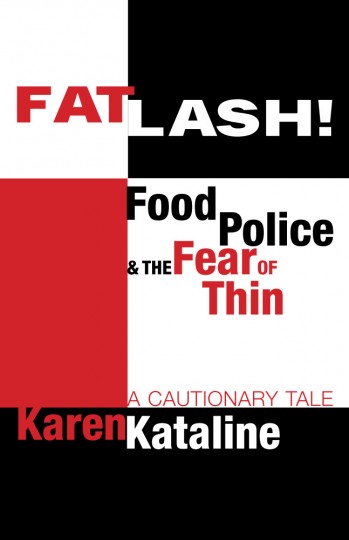 An unprecedented personal and professional perspective on the true effects of child beauty pageants and food restriction.

Amid heated controversy about the obesity epidemic, Toddlers and Tiaras, and bans on large-sized sodas, Karen Kataline shares her real-life story and conveys a powerful message about what not to do and why.

Karen’s true story reads like a novel and is for general audiences. Especially for women and parents of girls, it’s a must-read.

in Women’s Issues and Addiction & Recovery

"A cautionary tale of what not to do"

FATLASH! is an adult woman’s story of growing up as a “Princess by Proxy.”

FATLASH! is a glimpse into the real-life consequences of food bans and attempts to restrict what children (and adults) eat through force or coercion.

Read FATLASH! and find out. 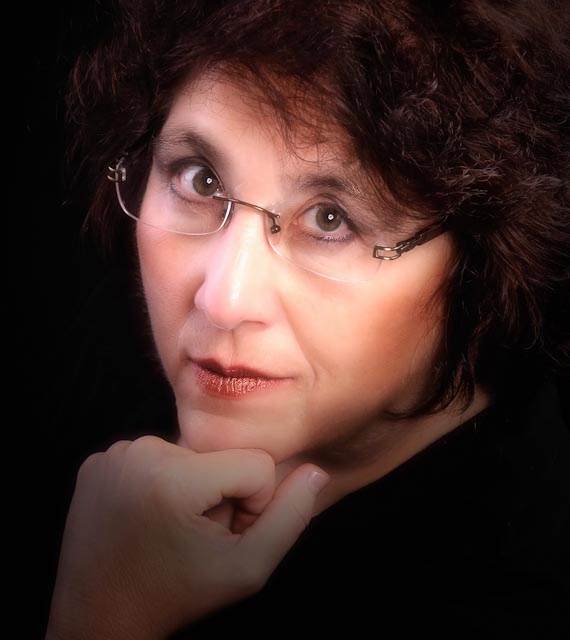 Karen Kataline, MSW received her master’s degree from Columbia University and has practiced in a variety of non-profit and corporate settings. She has taught communications and public speaking at the New School for Social Research, Parsons School of Design in New York, New Jersey’s Montclair State College, and Fairleigh Dickenson University, among others. FATLASH! won a first place Evvy Award from the Colorado Independent Publishers Association (CIPA) and is a finalist in the Foreword Reviews Book of the Year Awards, to be announced in June, 2013.

“Karen’s touching memoir is informative, funny and personal, like curling up on the couch with a good girlfriend. Do yourself a favor and get this book. It might lead you to make a new friend—your own body, however it shows up.”

Cofounder, Beyond Hunger; coauthor, It’s Not About Food: End Your Obsession With Food and Weight

“Karen’s story sheds new light on an area which is in tremendous need of greater understanding.”

“ Fatlash! is a beautifully written, witty, and boldly personal perspective.”

“Reads like fiction.  An authentic and insightful memoir for a diverse audience. Karen bares all, from her late night missions to the kitchen to the secrets behind her ‘fear of thinness.’  Highly recommended.” 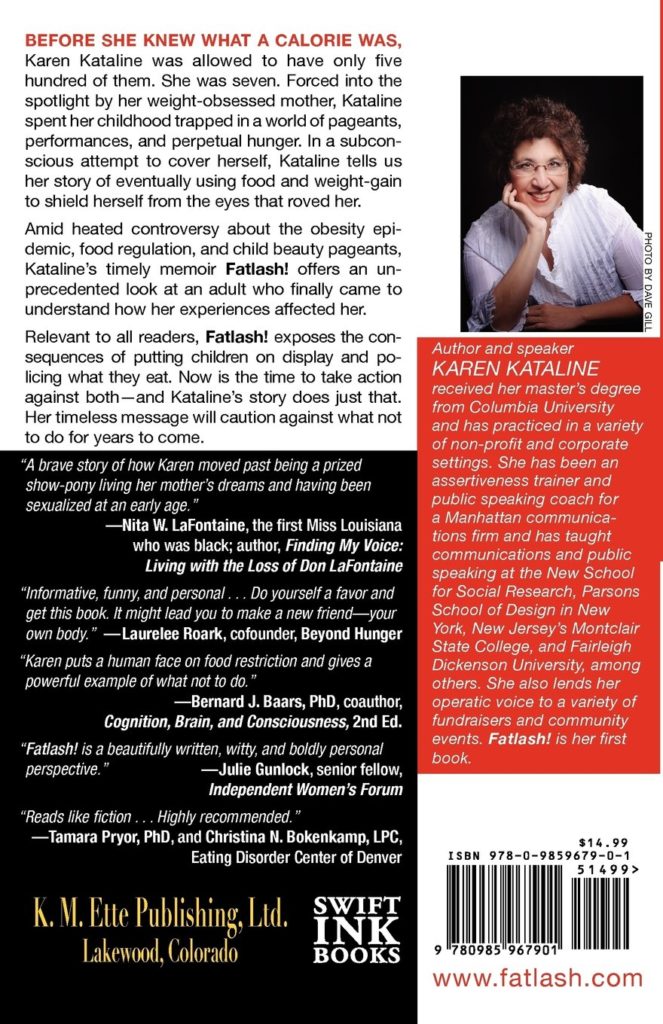 The poll indicates that while many people acknowledge that obesity is a problem, there is, “little support for policies that would constrain consumer choices such as limits on the amount or type of food that can be purchased or taxes on unhealthy foods or drinks.”

“That doesn’t mean people are extolling the virtues of junk food,” Kataline says. “It means they understand the difference between nutritional education and nutritional force. They don’t want someone else making decisions for them, whether it’s junk food or jicama.” Kataline further asserts that when a “one-size-fits-all” approach is applied and people are prevented from making food choices on their own, there is a serious risk of backlash, or as Kataline calls it, FATLASH.

Kataline knows whereof she speaks. Her mother was weight and appearance-obsessed and put her on a 500 calorie-a-day diet at the age of seven. This resulted in a serious weight problem in adolescence and a disturbed relationship with food.

“Eating disorders are rampant among people who had self-appointed food cops in their lives. They are now left with the job of re-learning how to recognize their own appetites. Not that many years ago, Susie Orbach first wrote about this in ‘Fat is a Feminist Issue.’ There simply is no substitute for personal choice in these matters.”

Before she knew what a calorie was, at the age of seven, child performer Karen Kataline was allowed to have only five hundred of them. Forced into the spotlight by her weight-obsessed mother, Kataline spent her childhood trapped in a world of pageants, performances, and perpetual hunger. She later attempted to use food and weight-gain to shield herself from the eyes that roved her.

Fatlash! is a first-person account of the impact of putting children on display, and policing what they eat. With children provocatively posed by their parents on shows like Toddlers and Tiaras and the increasing hysteria over obesity in America, Fatlash! reveals the connection between the exploitation of children, and the unconscious reaction in some girls and women alike, to use weight as protection from sexualization, objectification and overexposure.

A new term, “Princess by Proxy” Syndrome is introduced by Martina Cartwright, Ph.D, RD. in the foreword to Fatlash! “Princess by Proxy” is a subcategory of Achievement by Proxy Distortion (ABPD), is a pattern of adult behaviors that occurs when an adult’s pride and satisfaction are achieved through a child’s activities. The syndrome is rampantly evident in the child pageant circuit and on programs like “Toddlers and Tiaras” and their spinoffs like “Here Comes Honey Boo Boo” where the most extreme pageant moms are rewarded with exactly the kind of financial gain and recognition they seek.

Kataline says she wrote the book as a cautionary tale of what not to do, and to spur greater education and public discussion about how to create healthy boundaries.

Right Report
On Holocaust Remembrance Day: Silence About Antisemitism Is Allowing People To Forget
The Lid