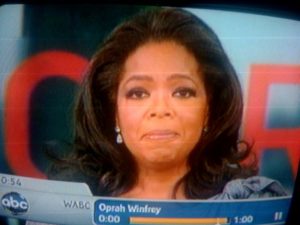 Remember when Oprah was immensely popular with predominantly white Americans? She seemed compassionate. She seemed fair-minded. -and she made a mint with her brand.

Was that a lie or is this a lie? Our President has been brilliant at UNMASKING the phony “tolerance” of the arrogant, ignorant Left. He has exposed another disingenuous Lefty in Oprah Winfrey who clearly was hiding a lot of what she really thought of the people who made her famous and fabulously wealthy.
Remember when she used to talk about gratitude? Can we get her to watch some of her old shows? Never mind. It’s hard to imagine that she meant any of that.
Look at how many times people have turned out not to be anything like the public image they so carefully cultivated: Bill Cosby, Ellen Degeneres, Tiger Woods, Mitt Romney. It has continued to amuse me how smug and judgemental people have been about Donald Trump because he is willing to show you who he is and speak his mind whether you like it or not.

We often respect that in our personal lives, but expect celebrities to put forth a “nice” image even if they aren’t nice at all. –Like Oprah? Like Mitt Romney?

We know that Oprah attended Reverend Wright’s church in Chicago. Now that she’s made more money than she could ever spend she can “afford” to be more honest. Is that how honesty works these days?

Of whom should we save our greatest suspicion and criticism? Those who bask in popularity and are lionized for having a phony image or someone who doesn’t need you to lionize him but who will tell you what he really thinks and do what he actually promised. I know which one I have always preferred. 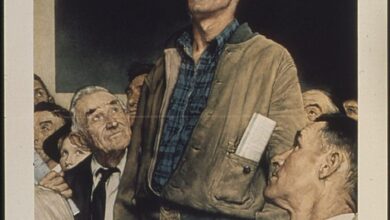