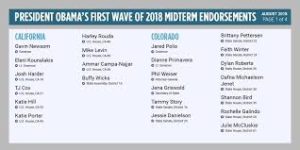 When in our memory, has a former President released a list of endorsements for mid-term elections?  When for that matter, has it been so predictably unnewsworthy?

Does anyone think there was suspense here?  Maybe he was suddenly going to endorse a Republican for the first time?  Hardly.  Yet, he gave the lap dog media something to report and crow about, to wish him a happy birthday and to wax philosophic about the good old days of the Obama administration.

But wait!  There was huge breaking news.  The name Alexandria Ocasio-Cortez was notably absent from his list.  That’s news isn’t it?  Doesn’t that mean she’s too far to the Left for even our former President?  –that she has gone off the deep end and confirmed that she is an avowed socialist, and he’s not?  That’s exactly what he wants you to think.  That was likely the only reason for these ho- hum, predictable “endorsements.”

Ocasio-Cortez committed the mortal sin of telling the truth about her ideology and about who she really is–something Obama has been schooled in not doing for perhaps his whole life.  Based on his two terms in office and solely on his actions rather than his words, does anyone believe there are issues on which he disagrees with Ocasio-Cortez?

What’s the best conservative response to the breaking news of Obama’s momentous endorsements for the 2018 mid-terms?  “Honey, could you please pass the salt?” 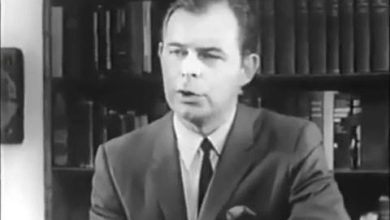