Dan Wos  is a nationally recognized 2nd Amendment advocate and Author of the “GOOD GUN BAD GUY” series. He speaks at events, is a contributing writer for many publications, and can be found on radio stations across the country. Dan has been a guest on the Sean Hannity Show, NRATV, and several others. Speaking on behalf of gun-rights, Dan exposes the strategies of the anti-gun crowd and explains their mission to disarm law-abiding American gun-owners.

Ryan Woods is a proud Eagle Scout, America-first Republican, Christian, and political activist. He’s an award-winning journalist with a background in mass communication and video production. He’s President of Log Cabin Republicans Utah and is working to save his state from a leftist takeover.

He is a drag entertainer who says that gay conservatives are afraid to speak out publicly about their love of country to defy the radical LGBTQIA+ movement which pushes a dangerous agenda such as hormone injections for children, “drag kids,” sexually explicit “Pride Parades” and overt persecution of traditional families and religious Conservatives.

He says his artistry is meant to be fun, uplifting, and inspiring—not vulgar or degrading, as is the case with most mainstream “Drag Queens.” 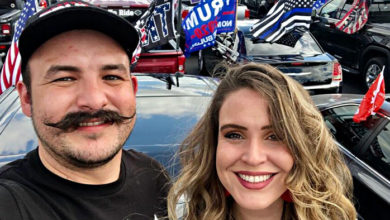