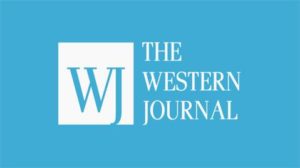 Many people remember the case of Michelle Carter because it made international news in 2014. Carter was the teen who continually urged Conrad Roy, 18, to commit suicide until he finally did.

Most of her communications with Roy were via text and thus the story became known as the “suicide texting” case.

People across the country argued about whether or how much Carter was culpable in Roy’s death. Can someone “make” someone else commit suicide?

They were also shocked at Carter’s heartlessness. Others wondered how Roy or anyone else could heed such bullying and do as he was told.

I was reminded of this case recently when a radio host and I wondered why so many people still listen and obey those who obviously hate America and whose every policy appears to be designed to systematically dismantle our country and lead it to destruction. The America-haters aren’t even trying to hide it anymore.

Why are so many people still bowing to this death cult? Is it ignorance of the long history of authoritarianism and how it has consistently led millions into misery, poverty, tyranny and even death?

The subject has mattered very little. Whether it has been masks, lockdowns or vaccines, conditioning the public to comply with coercion and force is the real motive. That’s the poison apple that is essential for their deadly and grandiose “Great Reset” — a plan by billionaires to steal everyone else’s wealth and private property by telling them that they will “own nothing and be happy.”

What we are witnessing is exactly the kind of tyranny our Founders feared. Their respect for free will and individual liberty was the guiding force that led them to declare our independence, create our Constitution and establish our Bill of Rights.

Previous generations of Americans have given their lives to preserve and protect these principles for us and the generations to follow. Global communists have set out to destroy them by any means possible.

Do you think the left is trying to kill America?

If we lose this country to totalitarianism, who will be culpable? The brainwashers or the brainwashed?

Stories of courage and civil disobedience are growing, but too many people are still listening to the Michelle Carters in our midst, and they are sleepwalking their way to tyranny for the rest of us. Our liberty depends on waking them up. Is it any wonder that the left is so obvious about censoring us?

If the go-along-to-get-along types fear being looked at with disdain if they refuse to wear a mask, what will they do when they are bullied into putting a foreign substance into their bodies or threatened with their jobs, deprived of their right to travel freely or buy food for their families? Will they stand up then or fold more quickly than ever?

Complacence and compliance only raises the price of liberty and increases the severity of the punishments.

It should be clearer now why the same leftists, socialists and communists were so relentless in fomenting hatred for Donald Trump. He set out to make America proud of herself again and to remind us of what made America great in the first place.

Their unprecedented hatred was always about ideology. Had Trump bowed to the deeply corrupt deep state, they would have celebrated his tweets, his “style” and even his hair.

In the six short years since the Carter case, we are watching a massive cultural example of how sick and twisted people can first persuade and eventually coerce citizens to hate themselves and their own country.

Can you imagine Americans in the ’50s, ’60s or even ’70s tolerating lockdowns or mask mandates? The current crop of dictators would be laughed out of the public arena with ridiculous concepts like “critical race theory,” or “toxic masculinity” and ideas that “you can’t tell a baby’s gender at birth” or that it’s racist to require a photo ID to vote but fine to demand a “vaccine passport” to shop.

If only Roy would have told Michelle Carter to go pound sand. If only he could have been strong enough to see that she was much sicker than he was and needed the most help.

We must tell those who are doing their best to goad us into killing ourselves that they are the sick ones. Their need to control everyone else is most certainly sick. They are also the racists who accuse us of racism, and they are the last people on earth who should demand that we obey them “or else.”

It’s high time that we told these people, before it’s too late, to go pound sand.