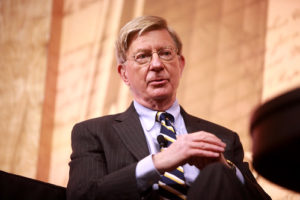 George Will detests the President so much that in his recent op-ed,  “To beat Trump, Dems must practice a politics of modesty”  he refers to him in the piece as, “today’s incumbent.” One wonders if he referred to President Trump’s predecessor the same way.

Will tells Democrats they can beat “today’s incumbent” by employing the “politics of “modesty.”

Here’s a question for George:  How is it modest to disguise one’s immense hubris as humility just so you can win?

Even more ironic,  Will offers this advice in plain view of those he wishes Democrats to influence or rather, manipulate.  Strategies like this used to be kept behind closed doors. Now, pundits give advice to politicians (Will’s supposed opponents…wink, wink)  in op-eds and on television for everyone to see.  We’re expected to accept that politics is a big show and the one who can “appear more genuine” wins.  Most politicians are more studied and rehearsed than a Broadway play.  What’s more, Democrats have always been better than Republicans at political theater so they will consider direction like this as if it were coming from Hal Prince.

Meanwhile, the man who is willing to let you see who he is, warts and all,  is putting on quite the show with what has been consistent from the beginning– his real personality.  He has never wavered and has never been afraid of the heat.  No one in political memory has taken more of it.  That, we are told, is immodesty.

George Will thoroughly gives himself away with this statement: “The decisive voters might be those who crave not transformation but restoration — the recovery of national governance that is neither embarrassing nor exhausting.”  Will neglects to mention that the Democrats he’s talking to have been driving that exhaustion for false accusations and a relentless commitment to convincing the voting public that Trump is the devil.  Who said Democrats weren’t religious?

Will would rather not be embarrassed than to restore the rule of law.  He’d rather concede and perhaps even cede the country to the Democrats so he won’t feel too “exhausted.”

Frankly, I don’t believe Will’s reasons for detesting the President or that they are close to what he claims. Will is a globalist who decries the fact that someone like Trump snuck into the White House and committed himself to expose the anti-American policies and corruption that our very own elected officials have been foisting on the country—policies they never voted for.

George Will would rather root for and advise a party that endorses socialism, open borders, massive tax increases, abortion until the time of delivery and even after, and eventual repeal of the Bill of Rights themselves.  Here’s the biggest reason George Will hates Donald Trump.  Because of Trump, we know that now. 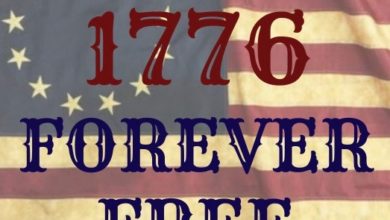 Spouting Off, 8.14.20 “Truckers Against Trafficking” and more… 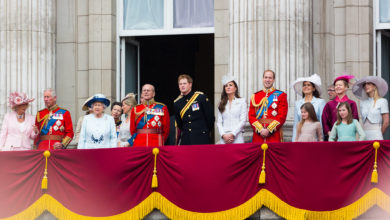 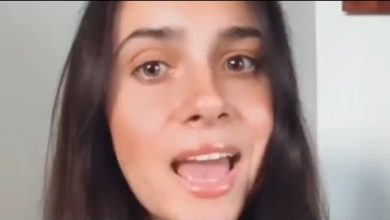 If you’re liberal, can’t stand Trump and fathom why people will vote for him – this is why | Rant