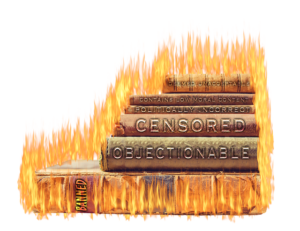 …today’s blacklisting (Isn’t it ‘racist’ to use that word?) would make Joe McCarthy proud.

From our work lives to the milestone events in the lives of our friends and family, every aspect of life for the average American has been upended in 2020. Even funerals have been restricted or canceled unless they are giant propaganda opportunities for Democrats.

More creativity than ever has been required to find “happy places” to escape the misery and confusion of this collective alternate reality because many of our most reliable pastimes have been denied to us as well.

With that in mind, I binge-watched The Marvelous Mrs. Maisel, the wildly popular series expected to return for a fourth season if the cast and production crew ever emerges from lock down.

The story of Miriam “Midge” Maisel begins in the late fifties but makes occasional departures from the era to be more politically correct for the average modern viewer.

Liberals and Leftists aren’t the least embarrassed to demand that historic portrayals be held to their own twisted modern moral standards. If Hollywood doesn’t self-censor, their work could be Gone with the Wind.

It’s particularly interesting to know then, that the fictional character of Mrs. Maisel, regularly interacts with the historic figure of Lenny Bruce.

A liberal darling of the late fifties and early sixties, Bruce was constantly being arrested on obscenity charges. This became a cause célèbre for liberals of the day who railed ag

ainst censorship and fought passionately for Bruce’s rights to the freedom of speech and artistic expression. They had a point.

Without acknowledging an ounce of irony, Liberals of today and those in Hollywood who created “Mrs. Maisel” still take credit for their early support of Lenny Bruce while blatantly encouraging or ignoring censorship by their compatriots in 2020.

There’s no doubt that Lenny Bruce would be arrested in a New York nano second today were he or any other comedian to perform some of his routines, particularly the ones concerning race.

Why hasn’t that video been removed from YouTube?   Maybe for the same reason that the ACLU is stunningly silent when actual physicians with experience treating Covid patients are silenced and censored by non-physicians who have appointed themselves the information police.  The cognitive dissonance is just too great.

Socialist demands for uniformity and political correctness never apply in the reverse. They don’t feel the least bit obligated to conform to their own history against censorship. Rule number one of liberalism is never having to say you’re sorry.  Never hold yourself accountable to the ridiculous dictates you impose on everyone else.

Back to Lenny Bruce, who skewered faux outrage over charged racial language by using that same language repeatedly to make the point that they’re just words.  Who gets to decide what words we are allowed to use?  Does the mere use of a word without context automatically mean that you’re a racist?

The accusation of racism has become so prevalent by the unhinged Left, that a person who simply utters what someone else said to tell a story can be branded a racist, sexist or homophobe for quoting them  Those accused can lose their livelihoods and their reputations, particularly if they happen to be conservative or liberals who have been marked for destruction.

Hollywood still hasn’t given up their sense of outrage and victimhood about the blacklists of the late fifties, yet today’s blacklisting (Isn’t it ‘racist’ to use that word?) would make Joe McCarthy proud.

Almost more shocking than brazen thought and language control in America, is that it is being met with the same passive catatonia as the rest of our 2020 march into Soviet-style communism. If that is being met with a yawn, what won’t be and will it be too late to stop it?

Image by Prettysleepy from Pixabay 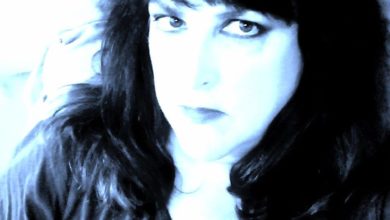 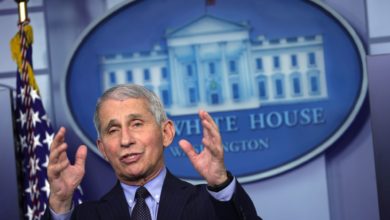 Anthony Fauci reveals when you can finally shed your coronavirus mask