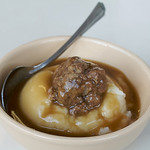 From Mayor Bloomberg’s large-sized soda ban and a myriad of other culinary commandments, to burgeoning student protests about their school lunch fare, there appears to be a food fight brewing that could rival John Belushi in National Lampoon’s Animal House.

The ever-changing controversy about what is and is not healthy for us to consume is not unusual.  What is disturbing here, is that some people whom I refer to as FYOGs (For Your Own Gooders, pronounced Fahye-Ogs) have appointed themselves lord and master over the rest of us and over our appetites.

Who gave them this jurisdiction some of us would like to know?  Was it written in the Constitution?  “Thou shalt have the right to life, liberty, the pursuit of happiness and control over what other people eat ?”  Or was it when the hysteria over the “obesity epidemic” caused some to take leave of their senses and tolerate intrusion into their lives and stomachs, the likes of which we’ve never seen?

Either way, kids seem to understand the fundamental boundary that has been crossed when FYOGs mess with their munchees.  In Wisconsin, students staged a strike out of hunger and frustration, as seen in JS Online. Wallace County High School in Sharon Springs, Kansas, created a YouTube video, “We Are Hungry,”  pointing out the absurdity of grossly applied calorie guidelines.  In New Bedford, Massachusetts there’s a new appetite and a black market for chocolate syrup.

This troubling trend puts some very serious issues on the menu. If anyone, whether fat or thin, young or old, is willing to tolerate dictums from self-appointed food dictators, will they ever learn to be in command of their own appetites?  And even if they don’t make the choices we might make, are we willing to cross the line that may well lead to a nationwide FATLASH? 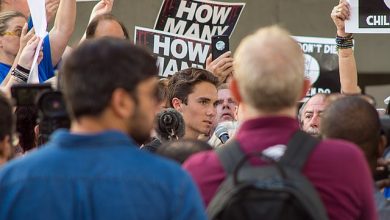