Wait, didn’t the Left rant and constantly lecture us about discrimination?

Only now can more people see that it was just a way to prime the pump for introducing systemic discrimination against their political opponents.

It’s a lot easier to do that when you demonize your opponents by claiming they’re doing exactly what you’re planning to do to them.  That way, when you do it, it’ll appear that they deserve it. We are in that phase now.

Remember when they also lectured us about “otherness?” and dehumanizing people?  They were right and they’re the ones doing it.

It they’re confronted, you can expect apologists to suddenly sound like Republicans. They’ll claim,  “these are private businesses.” Don’t fall for it.

Jack Phillips, who owns Masterpiece Cake Shop, which is a private business, but he’s not being used as a proxy to do the bidding of what the government knows very well, is unconstitutional.

This is only temporary until they find a way to dismantle the country and that principle enough to make this form of tyranny “legal.”

Any Liberal, Progressive, or Democrat who doesn’t stand up against this after all their moral preening, deserves to be dismissed and ignored.
They will only be preaching to the same cult-like choir they always do.
Everyday “normals” (HT to Kurt Schlicter) aren’t paying attention anymore.
Facebook Twitter Gab Pinterest Flipboard
Tags
Censorship Discrimination Hypocrisy Leftism

My latest is in Western Journal, “The Left Bullies Conservatives with ‘Black-and… 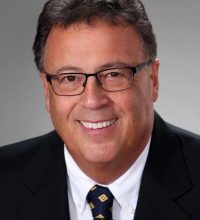