One of the ugliest chapters in the history of politics is finally over and Judge Brett Kavanaugh is now Justice Brett Kavanaugh.   Shouldn’t we just move on? —be good winners and not “gloat?” That’s what plenty of pundits have called for including David Marcus of the NY Times.

Not so long ago, the only time you heard Democrats call for “bi-partisanship,” was after they had just lost a big political fight. Now, as if it were even possible, they’re doubling down on their blatantly dishonest and embarrassing tactics.    Just as they did with Donald Trump, they’re calling for “Impeachment!” “Impeachment!” before the object of their ire has served a day.  So shouldn’t we take the high road in the hopes of returning civility to the public square?

There must be an investigation of how Democrats were able to get away with a final hour flogging in the first place. They deserve censure just as public for inciting hysteria and attempting to pass off intellectually dishonest premises as the “new normal.”

Here are just a few questions for starters:

-Why is it okay for a grown man to be questioned about his drinking in high school but not a grown woman?

-Why is it obligatory to call a woman’s story “credible” even when she is caught in more than one glaring lie? —in this case, her fear of flying and the reason for her two front doors.

Unsubstantiated charges of sexual misconduct have been the broken window that has been ignored for more than a year. We are now at the point of a burning building. These hideous ideas and tactics must have political and legal consequences or this fire could potentially destroy everything in its path. 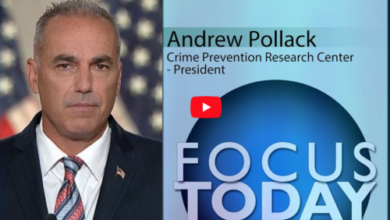