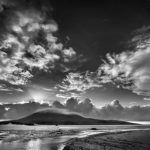 Not long ago, the tendency to think of people, things, and ideas as either all good or all bad was considered a weakness.

Black-and-white thinking, also called “splitting,” was widely viewed by mental health professionals as dysfunctional and maladaptive. It was a necessary feature  for a diagnosis of Borderline Personality Disorder.

That diagnosis is mostly out of fashion today. Not surprisingly, so is the view that splitting is either maladaptive or dysfunctional.

Black-and-white thinking is in vogue today primarily because the Left continuously models, encourages and rewards it.  It has permeated every area of what some Christian groups call The 7 Major Spheres of Society: Religion, Family, Education, Government, Media, Education and Business.

Since these are tactics that originated with the Left, it is hardly surprising that Leftists cast themselves in the role of the good guys. If you disagree or refuse to obey them, they instantly put you in their growing category of bad guys.

Such a mindset makes it forbidden to judge people as individuals, by the content of their character, the choices they’ve made or the actions they’ve taken. Black-and-white thinking allows the Left to place collective blame on their enemies. It’s great for getting votes from those who are politically naive.

Anyone who belongs to a “protected” group is seen as a perpetual victim and must not be judged at all. That may seem like a better position but ironically it doesn’t provide any protection at all. It treats the person as an infantilized adult. If one is robbed of personal responsibility, one can never be truly free.

This polarization scenario is complete by casting other groups as  oppressors who must be viewed collectively as unable to do anything right. They are not just deplorable, but irredeemable. Not only are oppressors required to be hated, but they must hate themselves as well.

We can never move on and no amount of kneeling or apologizing will ever be enough. These new kneelers have made themselves proxies for perpetual political payback. That’s black-and-white thinking on steroids and it has nothing to do with race. It’s all about politics.

In a recent piece, The Same Shade of Grey: Why Socialists are Threatened by Individuality,  I wrote that a colorful and unique personality is healthier and more interesting than collective sameness, and it is a serious threat to socialists.

Like so much else, the Left has turned the value of individuality upside down too. They have demand sameness of personality and ideology while ripping apart basic concepts of right and wrong.  That’s a perfect recipe for mob violence and mob rule.

Once upon a time, the Left harped that Republicans and Conservatives were simplistic neanderthals who were incapable of nuanced thinking. Moral relativism allows them subjectively to select who is good and who is bad based on a predetermined and simplistic narrative of whatever will help them politically.

Conservatives believe there are objective truths and that right and wrong should be applied to every person equally. Our Founders called it “equal justice under the law,” but our Founders were placed in the oppressor group a long time ago. They are the original neanderthals and absolutists and therefore should not be listened to or heard.

The Left will ride this bullying and intimidation pony all the way to election day. Amazingly, they think this is their ticket back to political power. If we bow and comply with it, they will get their way. We will join the childish, intellectually lazy zombies who don’t realize how they are being used as political pawns in a game they don’t understand. At that point, we will lose our right to protest altogether, because protest is only for “good guys.”  Them.

The time for “polite” when out with the broken windows…. 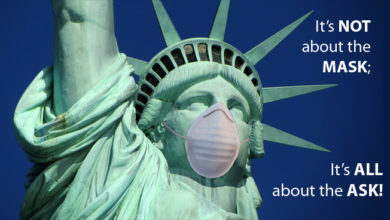