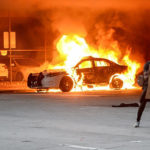 As if on cue and just in time for the first Trump rally in more than 3 months, the propaganda media is back to fear-mongering about the corona virus. Perhaps they’re hoping that over 1 million people will suddenly change their minds and give up their golden ticket if they’re lucky enough to get one.

The Left’s accelerated strategy for the 2020 election is more obvious than ever. Suppress the opposition and then incite and empower thugs to continue to terrorize them.
Never worry about the rank hypocrisy of giving a green light to your friends and a red light to your foes. Just stick to the narrative and make sure every Democrat does too.
We also get a preview of what life would be like if they win.

How come all of this is still not obvious to too many establishment Republicans? Maybe their blinders are too tight? Maybe they’re bowing down to tyranny hoping they’ll still get to be part of the power elite?  Maybe they were lying to us about what they stood for all along.

Whatever the reason, it’s never been easier to see who they are and with friends like this who needs Antifa, the DNC, the FBI, the CIA, Hollywood, the “legacy” Media, Colleges and Universities….   Oh well, you get the picture. 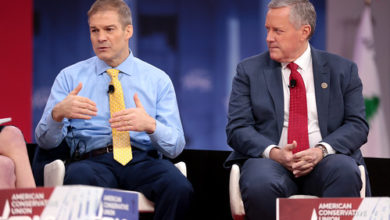