Whether or not we like to admit it, we are in a full-blown culture war. Every tradition we hold dear is under attack. Suddenly, we are expected to adapt unquestioningly to bizarre cultural changes like the celebration of “gender fluidity,” abortion, infanticide, and -year-old drag queens. It is assumed as a given that we must force girls to use “non-gender specific” bathrooms, to reward victimhood, and to demonize “toxic masculinity” and law-abiding citizens. And intense pressure is on for us to embrace the destruction of our borders – and to forfeit our right of self-defense.

And that is just a tiny sample.

It’s all part of the same plan that secret socialists, and avowed ones like Rep. Alexandria Ocasio-Cortez, aren’t just talking about openly, but are working harder than ever to implement.

To succeed, they must wage a war on our values and traditions, as well as our independence of thought.

Although it is to our benefit that the Left’s destructive agenda is finally out in the open, we haven’t had a Republican president who has been equipped to defeat this festering threat in more than three decades. That is, until now.

Enter Donald Trump, the unlikeliest of presidents, who has always played in the big leagues. He is teaching conservatives how to fight the rising tide of socialism along with one of its primary strategies, the culture war. More importantly, he’s teaching us what it’s going to take to win.

This was never more evident than in the president’s recent speech at CPAC. He was relaxed, self-effacing, and full of humor. He was also fearless, never afraid to call it like he sees it, and always willing to show us who he is, foibles and all.

Donald Trump talks to his supporters like friends and equals because he actually believes they are. That’s a style almost every current politician could never replicate because too many of them have contempt for the people they represent. They pay thousands of dollars for media training to hide that and other facts so as to make their “sincerity” more believable.

Trump is an American original who epitomizes the principles in which Republicans used to believe. His policies have been more conservative than those of the “Never-Trumpers” who complain that he isn’t conservative enough. This has revealed their disingenuousness more clearly than ever before. Were he to suddenly sacrifice America on the altar of globalism, they would probably become “Never-Minders.”

Donald Trump Jr. recently said of the Left, “They hate Donald Trump more than they love America.” That’s an insightful observation but there is more to it than that. They hate Donald Trump because he loves America—and he loves it the way it was founded. We have a president who is willing to put everything on the line just as our founders did, to protect our freedom, our safety and our sovereignty.

What’s more, our president hasn’t sold out even in the face of everything the Left has maliciously tried thus far to topple him, up to and including a plot to remove him from office and frame him for crimes that they themselves have actually committed.

The truth is that the president’s leftist enemies just don’t have anything he wants – or that he couldn’t get for himself. What a lesson for us all. That is the same resolve we all must have to resist the siren song of socialism and to do everything we can to prevent others from falling prey to it.

In little more than two years, Donald Trump has had successes that previous politicians incessantly talked about but never even tried to accomplish. It is quite likely that they never really wanted to.

This president is tackling the biggest challenges of our time, perhaps the greatest of which is to win the culture war and beat back this current rage of socialism by demonstrating that capitalism is what will make America great again. If anyone can succeed at that, it’s Donald Trump.

Karen Kataline ([email protected]) is an author, commentator, Columbia University- trained social worker, and frequent guest host on AM talk radio. Her Op Eds can be seen in Investor’s Business Daily, FrontPageMag, Western Journal, Town Hall, The Daily Caller and The American Thinker. She is the producer and host of Spouting Off, a live internet call-in talk show, heard Tuesdays at 4 P.M. E.T. at www.KarenKataline.com. 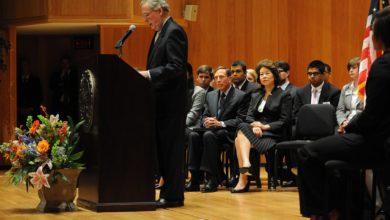 Justice for me but not for thee, is no justice at all 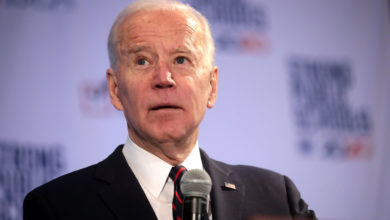 Can we please put a “Lid” on the Lies?