Another layer closer to the truth.

SUPERB. This and so much more is why the 2020 election is about even more than Donald Trump. Why? Because Donald Trump and patriots like him will be the only ones who can stop this.

THAT is why and have been “trump”ing up so much hatred against him since he came on the scene. He couldn’t be bribed. He couldn’t be blackmailed, and they began to go for broke to destroy him.

If it doesn’t appear to you that God isn’t finished with this country yet, perhaps you should look again.

Tucker: Power-hungry leaders use pandemic as pretext for more control

Leftist Political Tactics: Always how it looks, never how it is 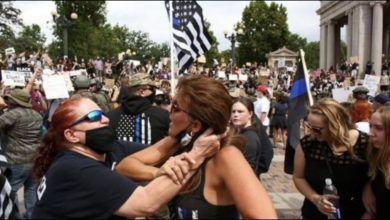