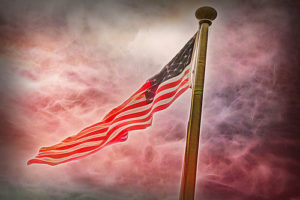 In response to the imminent passage of the most extreme “Red Flag” law in the country, a majority of Sheriffs in Colorado have declared their counties to be “Second Amendment Sanctuaries.” That doesn’t include a growing number of municipalities and at least two police unions who also oppose the bill.

The contrast in definitions between these sanctuaries and what the Left commonly refers to as “Sanctuary Cities” is particularly illustrative of the vast difference between the Left and the Right.

Second Amendment Sanctuaries have been declared to defend the rights of citizens which are expressly guaranteed in the Constitution. Democrat “Sanctuary Cities” not only defy existing law, but put citizens in a greater position of having to defend themselves from criminal illegal aliens and civil unrest. Some Leftist politicians have actually incited and condoned such unrest.

To add insult to unconstitutional injury, this lawless crop of Democrats in Colorado currently have unchecked power to impose laws on everyone else. Their willful disregard for public safety has created a more threatening environment for law-abiding citizens yet Democrats are working harder than ever to disarm them.

The “Red Flag” bill is among a cluster of egregious, nationally-backed bills that have been introduced in perhaps the most shocking legislative session in Colorado’s history. The Democrat power-monopoly isn’t just running over Coloradans, they are backing up and running over them again and again.

This bill pits citizen against citizen and requires of the accuser no burden of proof, fee or even inconvenience. The accuser can target someone who has committed no crime with nothing more than a phone call. In clear violation of due process, the burden is on the accused to prove a negative—that he or she is not mentally ill.

Leftists used to be among the first to remind us that not all mentally ill people are dangerous. Along with a host of other formerly reliable leftist positions, those days are gone.

The most skilled of mental health professionals are not soothsayers but they are often expected to predict whether a person will be violent in the future. No competent clinician would make any diagnosis without interviewing the client face-to-face over a reasonable period of time, yet a judge with no mental health training can take away a citizen’s rights on the basis of hearsay without ever having laid eyes on the accused.

Any accusation of mental illness is likely to cause a person’s behavior and testimony to become suspect. What a parody if the accused person actually is mentally ill and is put in the position of trying to prove that he is not. The entire exercise is absurd.

The history and behavior of the Parkland killer made it obvious to many that he was dangerously mentally ill.  He fell through the cracks in precisely the sort of bureaucratic system these bureaucrats want to expand.

It is relevant to remember that Leftists, some of whom are even acclaimed mental health professionals, branded our President as mentally ill because they don’t like his policies. Whether they are judges, your neighbor or your ex-spouse, these people are not qualified to sit in judgment of whether you are “mentally well” enough to have the right to defend yourself. Most have already made it clear that they think you are crazy to want to own a gun in the first place.

Skilled mental health professionals excel in making it safe for clients to express their feelings—no matter how angry or embarrassing. In fact, if more clients could learn to do that and then be assisted to recognize the difference between having feelings and acting them out, we might have a less violent world. True to their upside-down thinking, Leftists tend to punish peoples’ words but are permissive and apologetic for criminal actions.

This bill will not only prevent people from reaching out for help but it will cause the “worried well” to become rightfully fearful. Suspicion and even mild paranoia won’t be so irrational, as gun owners and even non gun owners will no longer feel safe and secure in their own home. Once again, the Left has created the problem for which they now claim to offer the “perfect” solution.

This law replaces the presumption of innocence with the assumption of craziness. By approaching gun confiscation in this twisted and deceptive way, leftist lawmakers don’t have to concern themselves with that pesky Bill of Rights.

Any elected official who would sponsor or vote for such a law which blatantly violates the basic rights and guaranteed freedoms of the citizens they represent should be disqualified from holding public office.

Karen Kataline ([email protected]) is an author and commentator, Columbia University-trained social worker, and frequent guest host on AM talk radio. Her Op Eds can be seen in FoxNews.com, Investor’s Business Daily, Western Journal, Town Hall, The Daily Caller and The American Thinker.  She is the producer and host of Spouting Off, a live internet call-in talk show, heard Tuesdays at 4 P.M. E.T. at www.KarenKataline.com

‘Black-and-White’ Thinking is Now in Vogue

Thanks to Danny Bristow. Support freedom-loving… 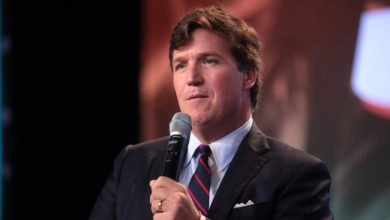 Tucker: Power-hungry leaders use pandemic as pretext for more control

These are Not ‘Unintended Consequences.”…