“Good Morning America” recently hosted an 11-year-old “drag kid” known as “Desmond is Amazing.” Desmond Napoles made a grand entrance dressed as an adult woman and danced suggestively down a red carpet to rousing applause. Desmond finished his routine posed suggestively on the floor where he was met with more wild applause. The two hosts called him “trailblazing” and “courageous.”

Desmond’s parents, Andrew and Wendy Napoles were present in the audience. They have also allowed their son to dance for money and simulate stripping in an adult gay bar in Brooklyn called “The 3 Dollar Bill.”

What causes an entire audience and two hosts to take leave of their senses, and cheer the sexualization of a child? If Desmond had been a girl simulating a strip-tease, would the audience have applauded so approvingly? There was a time not long ago when they might have.

During the height of “Toddlers and Tiaras” and the Jon Benet Ramsey story, I wrote a book about my own experience in child beauty pageants, and growing up as a “Princess by Proxy,” a term coined by Dr. Martina Cartwright in the foreword to the book.

I was put on the stage at the age of 3, but I didn’t understand my true feelings about that or how similar experiences affected my development until I was well into my 30s. By then, I had clinical experience as well, so I used my story of a “stage mother on steroids” who lived through me as a case study to offer my professional analysis of how the early sexualization of children damages their development. I hoped the book would be a cautionary tale as I saw a growing social trend with disturbingly similar pathology.

I write this today with the same motivation and that is why I reported Desmond’s case to Child Protective Services.

It is not against the law to be a drag queen or to dislike them. But the general public has been so bombarded with epithets like “transphobic,” “homophobic,” or “anti-LGBTQ,” that they twist themselves into contortions to show their tolerance.  As such, formerly reasonable adults turn timid and mute even when a child is being exploited and used.

With or without social approval, if a child wants to grow up to be a drag queen when he reaches the age of consent, so be it. But when any child is overtly sexualized and the boundaries between child and adult are so blatantly reversed, I get mad.

As a supporter of limited government, parental rights and personal responsibility, I had serious concerns about reporting this case, as I wondered what exactly I was asking them to do. Many situations are made worse when the state gets involved.

Apparently, I wasn’t the only one who complained. A gushing piece in the Brooklyn Daily quoted Wendy Napoles as saying that “haters of her son filed more than 150 complaints with the Administration for Children’s Services” after Desmond’s December show at the 3 Dollar Bill. She also called the complainants homophobic.

The problem that screams out for education and intervention is bigger than the case of Desmond Napoles. Suddenly, we have numerous “drag kids”, including a 10-year-old boy from Canada who was photographed with a naked adult drag queen. There is a nationwide program called “Drag Queen Story Hour,” which sends adult drag queens to read stories to children ages 2 to 8 at public libraries around the country. To think all these stories aren’t related would be childishly naive.

We are being told to believe that children as young as 4 can “identify” as gay. Desmond’s parents claim that they recognized their son was gay at the age of 2. In fact, Desmond’s father admonishes himself for not knowing this five minutes after he was born. “He’s sitting there with a little smile on his face, posing for the camera… We should have known right then, but we didn’t,” he said.

When a parent lives through a child to that extent, the child in effect ceases to exist. The parent is unable to set proper boundaries to protect the child, because he can’t see any boundaries at all. It may appear that the parent is deeply involved and concerned about the child but in actuality, this is a form of neglect.

Some parents who believe they have recognized their child’s gender identity have even given them “cross gender hormones” to distort or retard their natural sexual development.

Advocates for these extreme measures have also pushed the idea of “gender fluidity.” If gender is so fluid, why are parents changing it or locking it in for young children with irreversible procedures? Is gender fluidity only for adults, and not for children? The term itself seeks to normalize gender dysphoria but if gender is fluid at all, one would think it would be in childhood when the psyche is most impressionable. The flurry of drag queen stories are targeted at those children.

Whose agenda is this and why is it being perpetrated on such a collective scale? Children are being exploited as pawns in the very adult, high stakes war of victim and gender politics. Consequently, we are not only watching “Princess by Proxy,” but “Politics by Proxy” as well. As children are thrust into adult sexuality and adult political agendas, real adults are regressing into childlike behavior.

The antidote for these intergenerational role-reversals and the way to protect the current generation of children is for parents to step into their roles as adults and take responsibility for their lives, political attitudes, and opinions. They must also be educated about healthy child development and age-appropriateness. Only then will their children have the best chance to realize and pursue their own individual identity and dreams.

That is my wish for Desmond Napoles, and what I hope Child Protective Services will assist his parents to do.

I wish someone would have done that for me.

To help a child or for more information:

The National Childrens Alliance operates Child Advocacy Centers (CACs) around the country with an interactive map to find a center near you.

The National Center of Missing and Exploited Children 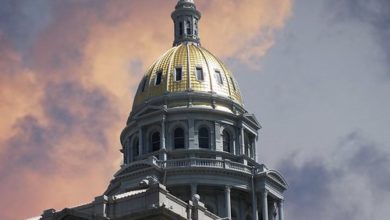 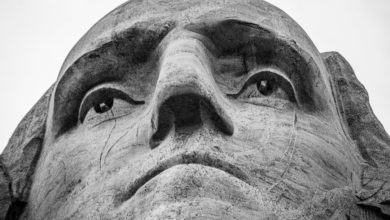 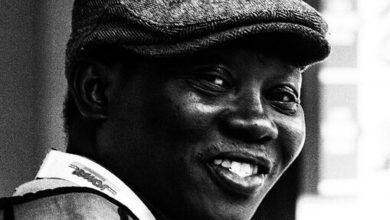